(13 August 2018) Alessandro Taverna has prescient parents. When he was four he and his twin brother, Roberto, were given little keyboards as a Christmas present and Alessandro was soon playing the songs he heard on TV.

One step at a time and at the age of six he “officially” started playing, he says.

Taverna is in the middle of a tour of South Africa and performs a recital of music by Chopin, Ravel, Debussy and Schumann for the Cape Town Concert Series in South Africa on Saturday, 18 August 2018. Winning the Leeds Piano Competition in 2009 gave him visibility – the finals were broadcast by the BBC radio and TV and that same year he won two more – in London and an  e-Competition in Minnesota  which “were also useful for consolidating a certain reputation in the piano world. But I always regard as crucial in my life the meeting with the American conductor Lorin Maazel, who in the final years of his activity decided to choose me as one of his ‘protégés’.  I will always be grateful to him for this. I played at Musikverein Vienna with him and that was the last concerto he gave with a soloist.”

Alessandro Taverna also won a number of other competitions including the Busoni and took the Michelangeli Prize in Eppan.

No one in his family except he and Roberto had ever studied music.

“My parents love classical music, but when they saw that I had certain skills (perhaps I simply showed that I liked put my hands on a keyboard!) they discretely introduced me to my first teacher. I am grateful that they never pushed me.” This may have allowed his love to grow along with his technical skills!

He says he cannot pinpoint the precise moment when he realized that music would be his life.

“I always played. I just could not avoid staying away from the piano!”

Even so, his original career path could have taken a different route – he simultaneously enrolled at Padua University to study mechanical engineering and at the Imola Piano Academy – all the time playing concerts.

“Just before the end of my engineering degree I realised that I was missing too many courses because I was playing concerts and spending too my time on the road. So the choice was made.”

Not for nothing has Alessandro Taverna been hailed by British music critics as the “natural successor to his great compatriot Arturo Benedetti Michelangeli”. You can hear how his  “music-making stimulates the senses, as does a visit to his native Venice”, and “gives rise to a feeling of wonderment”.

For his artistic achievements which have taken him to some of the best concert venues in the world and some of the foremost orchestras, he was in 2012 was awarded the Premio Presidente della Repubblica by Italian State President Giorgio Napolitano. 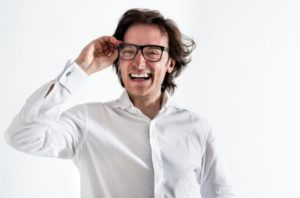 A documentary on his life was shown on BBC4 and he has recorded for many British and European radio and TV channels. His most recent CD was an all-French recital disc with works by Debussy and Ravel.

Just before coming to South Africa he was busy with recitals in Europe, and after his final concert with the Kwazulu-Natal Philharmonic Orchestra (he will perform Chopin Piano Concerto No. 1), he will return to Italy, and give a masterclass in the Portogruaro music festival, now in its 34th year.

He also loves teaching. “I think you can be really inspired by young musicians and some time you can even find solutions to technical problems that otherwise it would be difficult to devise.” He teaches at the Conservatory of Music J. Tomadini in Udine and at Santa Cecilia Music Foundation in Portogruaro.

When he is not teaching, he spends the rest of his year playing recitals and the other half playing concertos.

“Playing with an orchestra is always exciting because you have the chance to share your musical vision with others and more generally for the joy of making music together. I believe that a piano concerto is never a battle of the one (soloist) against all (orchestra), but has to be always a sort of dialogue – even if you play the principal role.”

Recitals are something else, for here there’s no-one for whom to play music … just the soloist, exposed!