Interview: Reflections on life as a pianist (Jersey Evening Post) 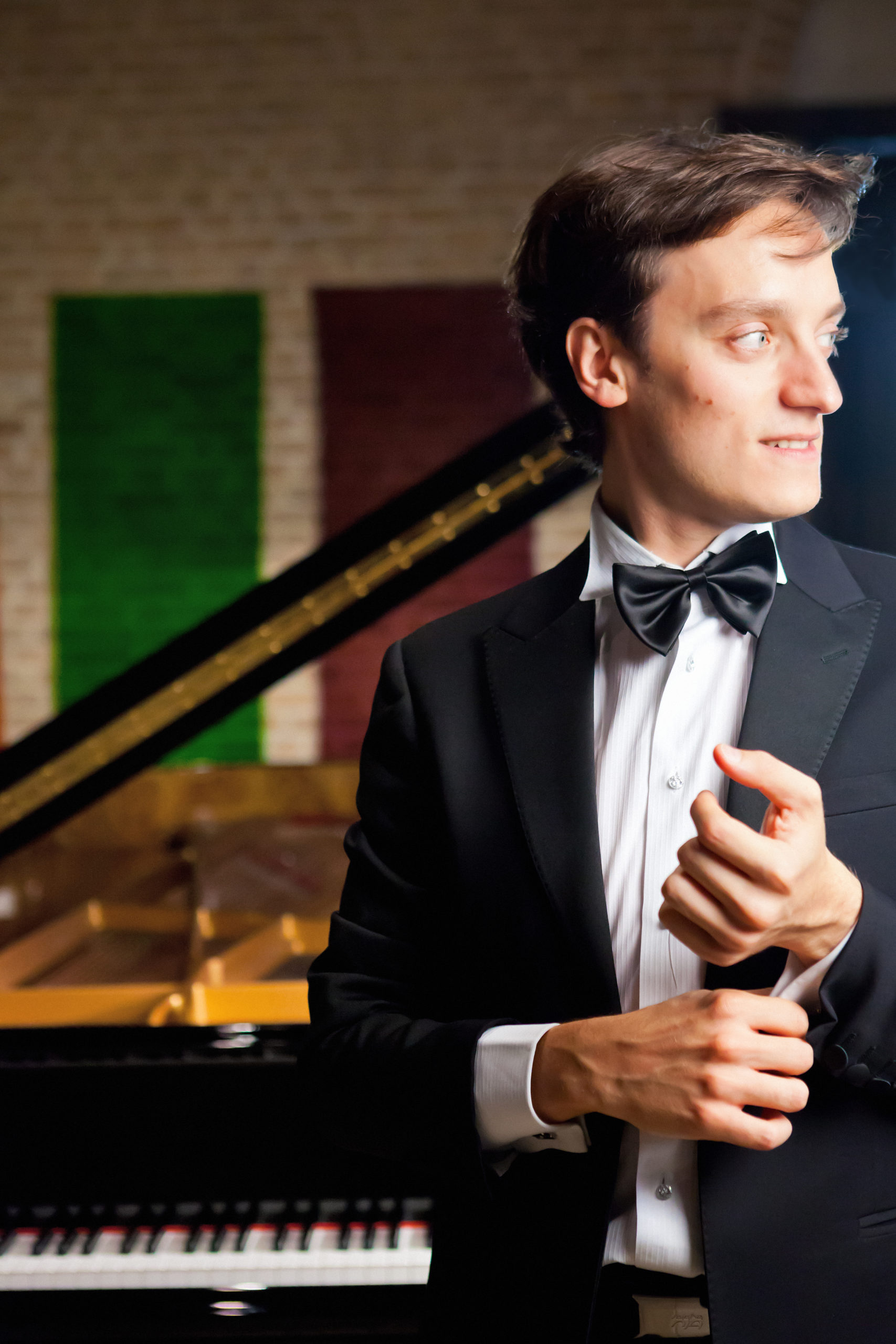 ‘‘I always saw my passion for playing as something that made me feel good, not with the intention of following it as a professional career”. Alessandro  Taverna

CLASSICAL pianist Alessandro Taverna will be performing at the Arts Centre on Thursday. He established his international career by winning major prizes including the Minnesota Piano-e-Competition, London International Piano Competition, Leeds International Piano Competition and Busoni Piano Competition in Bolzano. Since then he has performed in some of the most prestigious concert halls and seasons, including: Teatro alla Scala Milan; Muikverein Vienna; Konzerthaus Berlin; and Royal Festival Hall in London. His concert programme on Thursday includes: Chopin: Ballade No. 4 in F minor, Op. 52; Franck: Prelude, Choral and Fugue and Gershwin’s Rhapsody inBlue. Ahead of the Jersey concert he talked about his forthcoming visit and his life in music

What can Islanders expect from your concert at the Jersey Arts Centre on Thursday?

What guided me in assembling the programme is the attempt to createa contrast between the great romantic tradition and pieces that we refer to as something different from classical music. On the contrary, there’s a continuity between the two parts and even if the language is different, there’s a clear development of common harmonic elements that characterised the previous era. It’s a kind of deeper exploration of the more innovative elements of European music (especially the French style, hence the choice of Franck), mixed with the most interesting combinations of rhythms; of the way the melodies are handledand of the melodies themselves.

Regarding the Gershwin’s Songbook, it’s quite unusual to hear this piano transcription (made by the composer) in classical music recitals. But I thought it might be interesting in order to get the most recognizable ‘colours’ of what is later richly elaborated in the more famous Rhapsody in Blue

When and how did you first develop your interest in music and becoming a pianist?

Everything came in a very genuine way, from the very first interest I had as a sixyear-old child. Of course I had no plan to become a concert pianist! I always saw my passion for playing as something that made me feel  good, not with the intention of following it as a professional career. Listening to classical music from tapes and CD was very important to me and in this way I started to discover the piano repertoire – this was before YouTube and Spotify existed. Later it was my teachers who opened the door to the world of interpretation for me.

You have performed in many great venues and entered (and won) many competitions over the years. What has been your most memorable performance to date?

There is certainly more than one. I could mention the first time I trod the stage of the Royal Festival  Hall during the finals of the London Piano Competition, or the concertos with the late conductor Lorin Maazel and the Munich Philharmonic at Gasteig  Munich and Musikverein Vienna (which were the last concerts that the great maestro did with a soloist, a few months before his death). Then there were the two times at Teatro alla Scala in Milan and, last but not least, last year when, for the first time, I performed at Teatro La Fenice in Venice, my home town

What is your all-time favourite piece of music, and why do you love it?

I know it might sound a little obvious, but I must confess I’ve always had a deep passion for Rachmaninov Piano Concerto No. 3. The memory of the countless times I listened to it when I went to music class, sitting in the back seat of the car driven by my dad, is still vivid inside me. I have always loved it for the sense of the majesty it transmits, and for the sense of challenge towards the most daring heights of piano technique.

If you could perform alongside any musician from history, past or present, who would it be, and why?

I think it would be Leonard Bernstein, for the tension that has always passed through his readings of the great orchestral literature of all time. From Haydn symphonies to majestic pages of Mahler, he played with a joy and a profundity that was always combined with a deep respect for the score. Bernstein was a pianist himself and, by the way, his interpretation of Gershwin Rhapsody in Blue has gone down in history. And also because he devoted much of his life to education and I too believe that teaching others is like teaching yourself.

Will this be your first time visiting Jersey? If so, concert aside, what are you most looking forward to about your visit?

Actually this is my third visit to Jersey, which always reminds me of Monte Carlo for its beauty. The last time was a few years ago during the days before Christmas and I still remember the joyful atmosphere of the Christmas market. And of course, the warmth of the audience that has always accompanied my previous performances is still in my heart!