The closing concert of the Ljubljana Festival brings some of Italy’s finest musicians to the Slovenian capital. The La Scala Philharmonic Orchestra was established in 1982 by Claudio Abbado and the musicians of the Teatro alla Scala in Milan, with the objective of developing a symphonic repertoire in order to add a further dimension to La Scala’s great operatic tradition. The orchestra’s first conductor was Carlo Maria Giulini. He was succeeded by Riccardo Muti (principal conductor from 1987 to 2005). The orchestra works closely with conductors from La Scala, including Riccardo Chailly, Daniel Harding, Daniele Gatti and Valery Gergiev, the last of whom is an honorary member along with Georges Prêtre,Lorin Maazel and Wolfgang Sawallisch. Fabio Luisi is music director of the Dallas Symphony Orchestra, general music director of the Zurich Opera and principal conductor of the Danish National Symphony Orchestra. He is a recipient of the Bruckner Ring (awarded by the Vienna Symphony Orchestra) and a Cavaliere Ufficiale (Knight Officer) of the Order of Merit of the Italian Republic. Alessandro Taverna has won major prizes at the Minnesota Piano-e-Competition, the London International Piano Competition, the Leeds International Piano Competition and the Busoni Piano Competition in Bolzano and his performances have impressed critics and audiences throughout the world. Critics have hailed him as the “natural successor to his great compatriot Arturo Benedetti Michelangeli” and have said of his music-making that it “stimulates the senses as does a visit to his native Venice” and “gives rise to a feeling of wonderment”.

The concert of La Scala Philharmonic Orchestra, closing the 68th edition of the Ljubljana Festival, is an event that combines high artistic quality with a deep symbolic meaning, highlighting the excellent cultural relations between our countries, while at the same time reconfirming the fruitful collaboration that developed in recent years among the Festival, the Italian Embassy and the Italian Cultural Institute in Slovenia, with the support of the Italian Ministry of Foreign Affairs and International Cooperation.
This year, however, the inclusion of the Milanese orchestra in the programme takes on a special meaning, after the exceptionally difficult months that marked the first half of 2020 and the SARS-CoV-2 pandemic. The concert is the result of the dedication and perseverance of all the partners involved, from the Festival Director to the artists and staff of this prestigious Italian musical institution, all of whom deserve warm thanks. Milan has been one of the cities most severely affected by the epidemic, therefore I would like to invite everyone to take this event in Ljubljana also as an opportunity to express heartfelt condolences for the victims and admiration for its citizens’ spirit of sacrifice and desire for recovery.
While following all necessary sanitary precautions, I hope that festivalgoers can fully enjoy an unforgettable Italian musical evening, as well as the entire and always charming programme of events that, like in the past, will accompany us throughout the summer. 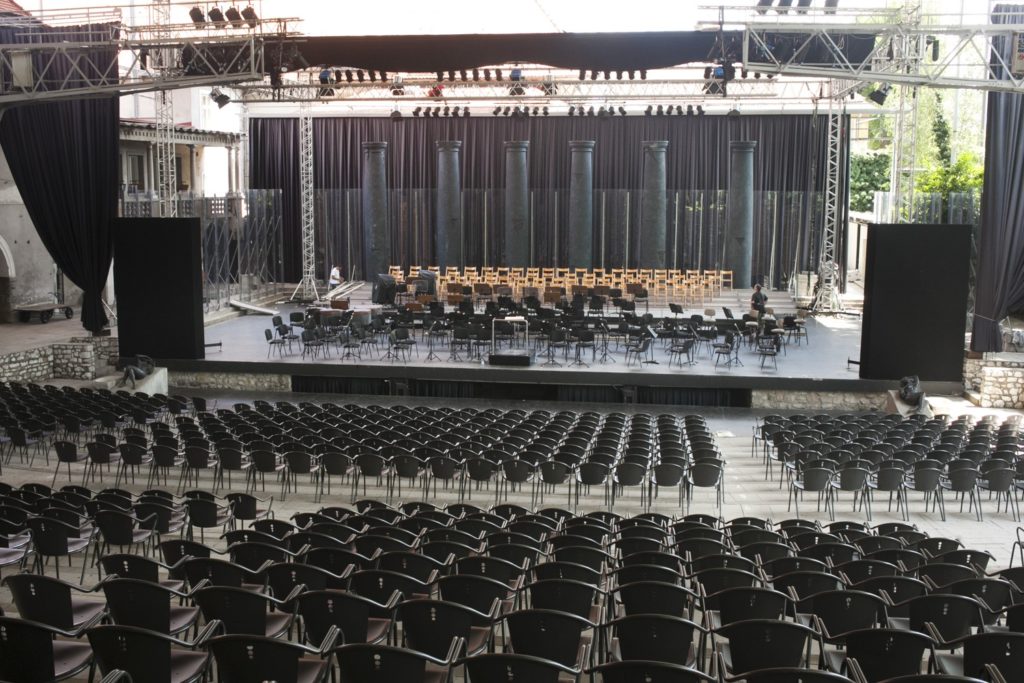