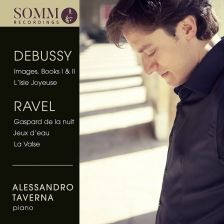 Alessandro Taverna chooses to play up the contrasts between Debussy and Ravel in this recital, with the latter at his most opulently virtuoso, the former largely in a more inward frame of mind.

The Debussy Images are beautifully paced: I particularly like his way with ‘Et la lune descend sur le temple qui fut’, which has a pleasing clarity of voicing and, when the textures warm up (1’36”), he reacts with great delicacy. This is utterly unshowy playing, too, which suits the Images well. ‘Reflets dans l’eau’ is given with luminosity and sensitivity, the textures always considered and well weighted. I find Taverna a little soft-edged in ‘Mouvement’ and ‘Poissons d’or’ – just compare him with Bavouzet – where I wanted the effect to be more glinting, less humane. But his L’isle joyeuse is impressive, his technique again utterly in the service of the music, resulting in playing that is lithe and wonderfully transparent.

The Debussy pieces and Ravel’s Jeux d’eau were recorded in the studio the day after a live recital at Southampton’s Turner Sims from which Gaspard and La valse derive. There’s no obvious difference between the two (and the live components are technically impressive).

While Taverna offers a fine Gaspard, the competition is pretty overwhelming. His ‘Ondine’ is a touch slow to my mind and climaxes can be a touch underwhelming compared to some – I’m thinking here not merely of the scorching Argerich but of Bavouzet too. Similarly, the tolling B flat of ‘Le gibet’ doesn’t have either the barely contained angst of the Frenchman or the hypnotic impact of the daringly slow Osborne. And in ‘Scarbo’, while Taverna is technically absolutely up to the challenge, I missed a certain spectral quality, though the close of the piece is suitably insubstantial.

Taverna’s La valse makes a fine finale, full of shimmering delicacy and filigree (with some fantastic glissandos), alive to the darkness of this corrupted dance: no wonder it was met with warm applause. 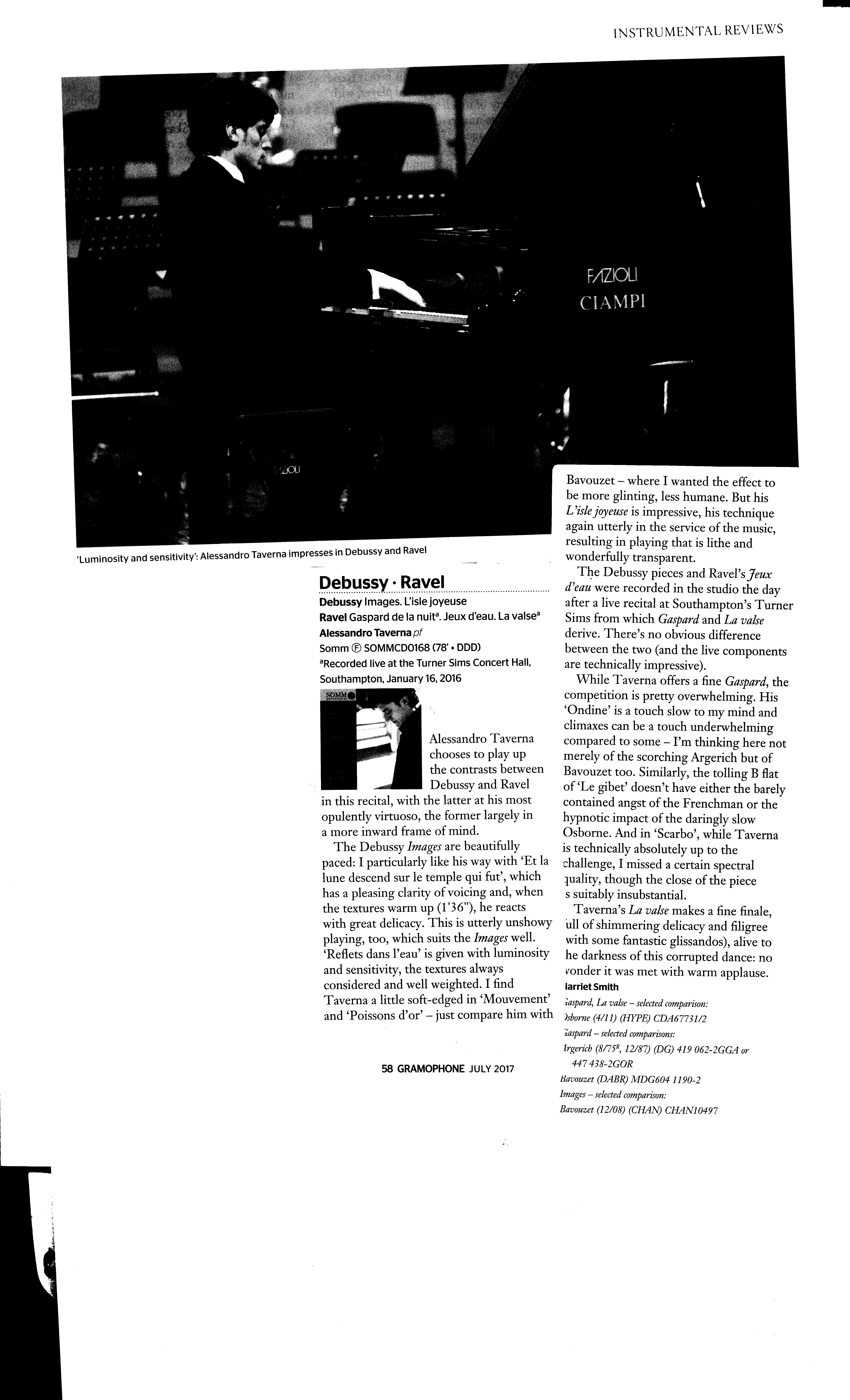