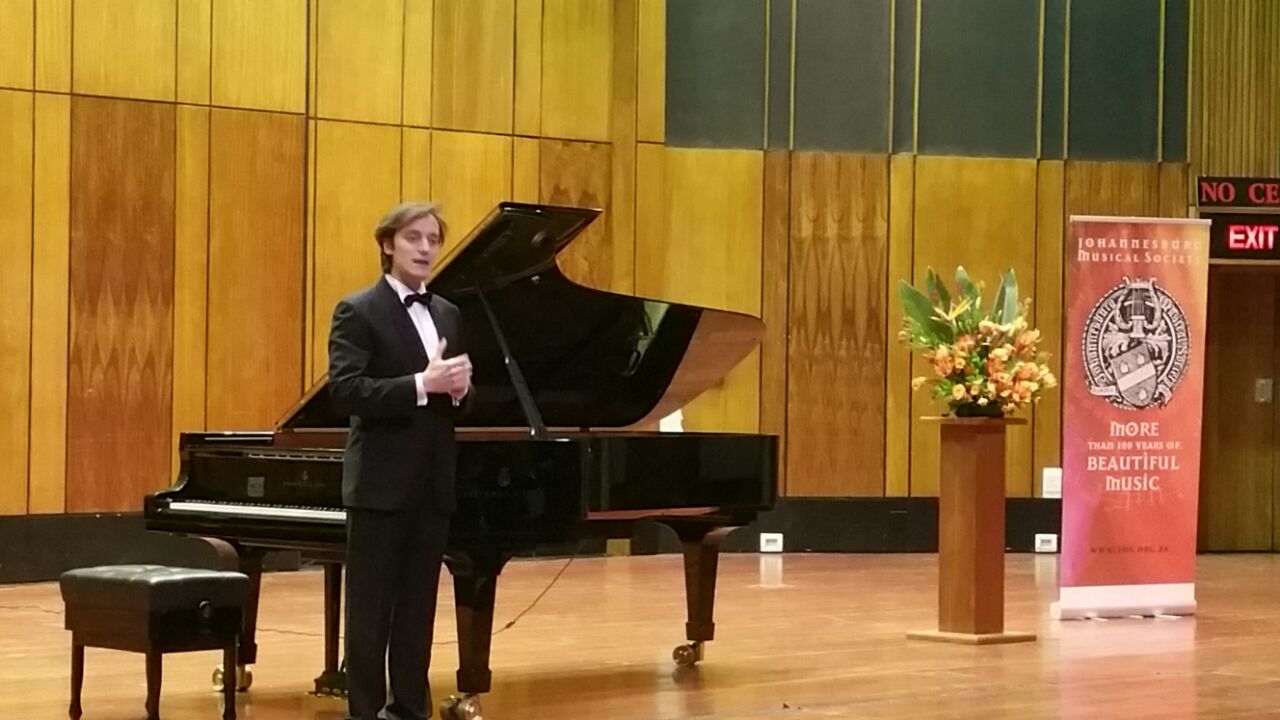 (Michael Traub, The Citizen) It is not surprising that the Italian pianist, Alessandro Taverna, has won a number of prizes in important international piano competitions.
His Johannesburg recital gave proof of superior technique, interpretive subtlety, tonal variety, and sheer accuracy in a most demanding set of pieces. He began with Chopin’s Barcarolle, a late work replete with beguiling melodies and the rocking rhythm typical of a gondola ride. At the outset the first bass note underpinning the rhythm in each bar was slightly underpowered, presumably to throw the melody above into strong relief.
This defect later disappeared. Ravel’s suite, Miroirs, consisting of five fantastical pieces, was played with a remarkable range of keyboard colour, from diaphanous washes of sound to strong climaxes in the more rhythmic numbers like Alborada del Gracioso and A ship on the Ocean (to give the English translation of the French title).
Another Impressionist suite, this time the Images Book 1 by Debussy, followed. Of the three piece, by far the best as sheer music is Reflections in the Water, here played with sweetly spreading washes of sound. The other two pieces, Homage to Rameau and Mouvement, consist of patterns of notes which sound laboured by comparison.
The second half of the programme was devoted to a single work by Schumann, the Dances of the Leaguers of David, a set of fairly short character pieces of very varied content, reflecting the composer’s almost schizophrenic changes of mood. The individual numbers change from simple slow melodies to tempestuous virtuoso showers of chords and notes. Taverna displayed remarkable empathy with Schumann’s swings of emotion. The work is not often programmed (I cannot recall hearing a live performance – understandable in the light of the interpretive and physical difficulties).
The encore following a great ovation was L’Isle Joyeuse by Debussy, a work which the composer himself regarded as difficult to play. And for those who regard Debussy as no great melodist, what of the beautiful melody in the centre of this piece?